At AES2020, several presentations focused on the adjunctive treatment of drug-resistant epilepsies, with a range of positive data emerging. Additionally, findings from a novel investigation of epileptogenic networks were reported that may add to the knowledge base for interventions such as deep brain stimulation.

“Promising data on some of the newer antiseizure medications and advancements in the study of epileptogenic networks illustrate that progress is being made in the approach to drug-resistant epilepsy.”

Promising data on some of the newer antiseizure medications and advancements in the study of epileptogenic networks illustrate that progress is being made in the approach to drug-resistant epilepsy. Related abstracts presented at AES2020 included reports of high rates of seizure freedom with adjunctive cenobamate in adults, a preliminary exploration of the use of Epidiolex (cannabidiol [CBD]) in a broader range of patients with epilepsy, and novel insights from lesion mapping on epileptogenic networks.

Cenobamate is a newer antiseizure medication, and its mechanism of action is slightly different from all of our other current medications. The randomized controlled trials of cenobamate are remarkable because of the high responder rates and high seizure freedom rates. This is a new high bar for trial results in the treatment of focal seizures.

Here at AES2020, Klein et al presented the results of a post hoc analysis of an ongoing, phase 3, multicenter, open-label study evaluating the efficacy of cenobamate by concomitant antiseizure medications in patients with uncontrolled focal seizures (abstract 335). Drawing from 10 US study sites, data were available for 249 patients. A total of 183 (73.5%) of these patients were still receiving cenobamate, and, of those who were still receiving cenobamate, 62 (33.9%) reported being seizure free for 12 or more months at their last visit. This analysis also showed that levetiracetam and lacosamide were the most common medications used with cenobamate. Slightly more patients in the group that had been seizure free for 12 or more months took levetiracetam and zonisamide with cenobamate compared with the other outcome groups. The most common adverse events that were reported when taking cenobamate with concomitant antiseizure medications were dizziness or unsteadiness for lacosamide; dizziness, diplopia, or sleepiness for lamotrigine; sleepiness, fatigue, somnolence, or irritability for levetiracetam; and sleepiness or fatigue for zonisamide. Post hoc analyses are not as reliable as studies with predefined primary outcomes, and it is worth thinking about the significance of mechanisms and whether the results relate to the somewhat overlapping sodium channel mechanisms of cenobamate with lamotrigine and lacosamide and the less overlapping mechanisms of cenobamate with levetiracetam or zonisamide.

CBD is a phytocannabinoid used in the treatment of Lennox-Gastaut syndrome and Dravet syndrome, and Epidiolex is the only CBD formulation that is approved by the US Food and Drug Administration for the treatment of seizures related to these disorders. In abstract 783, the authors were interested in whether CBD might be effective in reducing seizure frequency in additional epilepsies (eg, conditions other than Lennox-Gastaut syndrome and Dravet syndrome). The authors conducted a retrospective review of the medical records of 57 patients with drug-resistant epilepsy who had been treated with Epidiolex between October 2018 and April 2020. The population was mixed, with 12 individuals having focal seizures, 19 having Lennox-Gastaut syndrome, and 2 having primary generalized epilepsy. It was not a large study, and so, the numbers were small in each group. Most of the patients in the focal epilepsy group reported a reduction in seizure frequency and continued on the medication, and the mean reduction in patients with focal seizures (61.7%) was similar to that in those with Lennox-Gastaut syndrome (52.6%). The authors also reported that a total of 21.2% of participants discontinued Epidiolex because of side effects or lack of efficacy. Although the study was not powered to determine comparative efficacy, the findings did provide justification for further research. Of note, Epidiolex is also approved for the treatment seizures associated with tuberous sclerosis, which includes focal seizures, so this study provides additional support for the treatment of focal seizures.

Elsewhere at AES2020, a novel investigation of epileptogenic networks was presented, and it was suggested that newer approaches to the targeting of these networks should be considered. We often think that seizure freedom will result from finding the seizure onset zone, but success with deep brain stimulation already illustrates that effective treatment does not necessarily require identifying an onset zone, since that zone might actually be a component of a network. The large-scale brain networks involved in the cause and control of epilepsy are being investigated, and abstract 877 described an approach based on the study of lesions that cause structural epilepsy and their connectivity to a specific brain circuit. This may have value both in predicting the risk for epilepsy after a brain lesion and, therapeutically, in identifying a neuromodulation target for patients with drug-resistant epilepsy. This study included a group of 1153 patients with lesions, of which approximately 28% were associated with epilepsy. The goal was to see whether the connectivity of those lesions that produced epilepsy was different than the connectivity of lesions that did not generate seizures. Lesions that were part of a network including the cerebellum, substantia nigra reticulata, and globus pallidus internus were more likely to produce epilepsy. The authors reported that connectivity to this same circuit was also associated with seizure onset zones in magnetic resonance imaging–negative epilepsy and with therapeutic response to thalamic deep brain stimulation. These findings complement the history of cerebellar stimulation from the 1970s and 1980s with reports of benefit to seizure control.

This information is brought to you by Engage Health Media and is not sponsored, endorsed, or accredited by the American Epilepsy Society.

John M. Stern, MD, is a professor in the University of California, Los Angeles (UCLA), Department of Neurology and director of the department’s Epilepsy Clinical Program. He is also director of UCLA Medical Center’s Epilepsy Fellowship Program and codirector of the UCLA Seizure Disorder Center.

Dr Stern received his medical degree from the Icahn School of Medicine at Mount Sinai in New York, NY. He completed his neurology residency and his epilepsy and clinical neurophysiology fellowship at UCLA. Prior to medical school, he received concurrent bachelor’s and master’s degrees in physical biochemistry from Wesleyan University in Middletown, CT.

His professional time comprises lecturing, mentoring, an active clinical practice exclusively for seizures, and a primary research focus on functional magnetic resonance imaging of brain networks and their relationship to epilepsy and cerebral function. Dr Stern’s other research activities investigate the delivery of epilepsy care and novel diagnostics and treatments for medication-resistant epilepsy. His research publications have received journal awards and have been highly cited. The research funding has been provided by the National Institutes of Health, the Epilepsy Foundation, and philanthropic sources. His publications include 4 books and approximately 120 research articles, reviews, and book chapters.

Dr Stern has lectured on clinical and research topics throughout the United States and internationally, and he has received the highest clinical teaching awards from both the David Geffen School of Medicine at UCLA and the UCLA Department of Neurology. He is an elected fellow of the American Epilepsy Society, the American Neurological Association, and the American Academy of Neurology. He also served 8 years on the Professional Advisory Board for the Epilepsy Foundation and he continues to serve on committees for the Epilepsy Foundation and the American Epilepsy Society. 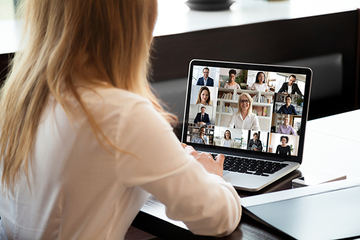 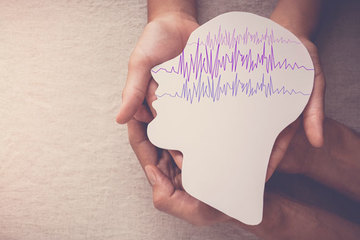 A number of presentations at AES2020 reported encouraging data on the treatment of drug-resistant epilepsy. These included findings from studies of...READ MORE 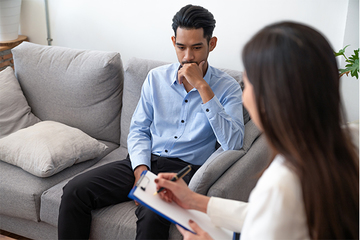 Psychiatric Comorbidity and the Evaluation of Epilepsy