The clinicians who were surveyed selected the following expert commentators and topics from the upcoming conference.

Peter R. Carroll, MD, MPH, is professor in the Department of Urology at the University of California, San Francisco (UCSF), which is consistently ranked as one of the top urology departments in the country by U.S. News and World Report and as the top recipient of National Institutes of Health funding for urology. He received his undergraduate training at the University of California, Berkeley. After graduating with honors from Georgetown University School of Medicine, he completed his general surgery training and urology residency at UCSF, followed by a fellowship in urologic oncology at Memorial Sloan Kettering Cancer Center. He joined the faculty of the UCSF Department of Urology in 1986. Dr Carroll, who holds the Ken and Donna Derr-Chevron and Taube Family Distinguished Professorships in Urology, added an MPH degree from University of California, Berkeley, to his academic credentials in 2008. He organized the Urologic Oncology Service, one of the most active multidisciplinary programs at UCSF. He assumed the position of chair of the UCSF Department of Urology in 1996.

Dr Carroll has authored or coauthored more than 650 publications and is an active member of numerous professional medical societies. He is now past president of the American Board of Urology (2006-2008). He is currently the principal investigator or coinvestigator for numerous scientific studies. His major professional interests are focused on the study and management of urologic cancers, innovative methods of urinary tract reconstruction, health services research, health policy, and the impact of cancer detection and treatment on quality of life. In 2010, Dr Carroll was awarded the Eugene Fuller Triennial Prostate Award and the SUO Medal from the American Urological Association and the Society of Urologic Oncology, respectively. In 2014, he was awarded the coveted Barringer Medal from the American Association of Genitourinary Surgeons. Finally, in 2019, he received the Société Internationale d’Urologie SIU Mostafa M. Elhilali Award “in recognition of his excellent scientific and ethical standing and outstanding contribution to the field of urology...”

Dr Crawford is an internationally recognized expert in benign prostate hypertrophy, urologic cancers, and, in particular, prostate cancer. He has conducted research on the treatment of advanced bladder cancer, metastatic adenocarcinoma of the prostate, hormone-refractory prostate cancer, and other areas of urological infections and malignancies. He has authored or coauthored more than 810 scientific articles, has published 7 textbooks, and has authored more than 60 book chapters.

Dr Crawford was chairman of the Genitourinary Cancer Committee of the Southwest Oncology Group (currently known as SWOG Cancer Research Network) for 28 years. He is also the founder and chairman of the Prostate Conditions Education Council, which is responsible for screening nearly 4 million men for prostate health issues and reaches more than 200 million people each year with education and awareness information. In addition, he accepted the position of editor in chief of Grand Rounds in Urology in June 2019.

He has received many honors and awards throughout his career, including the CaP Cure Annual Award for Scientific Presentation. He has twice been presented with a “Freddie Award” at the AMA International Health and Medical Film Competition for best medical documentaries. He has been recognized as one of the Best Doctors of America for the past 2 decades, and he is recognized as one of the top 20 urologists in the country, for men, by Men’s Health magazine. In 2018, he received the honor of being named the Distinguished Alumnus of the Year from the University of Cincinnati School of Medicine. In May 2019, he received the Presidential citation from the American Urological Association for his “tireless role in genitourinary cancer research that has benefited countless urologic cancer patients.”

William K. Oh, MD, is a clinical professor of medicine in the Division of Hematology and Medical Oncology at The Tisch Cancer Institute at the Icahn School of Medicine at Mount Sinai in New York, NY. He received his MD from New York University School of Medicine and completed his internship and residency in internal medicine at Brigham and Women’s Hospital in Boston. He subsequently completed a fellowship in medical oncology at the Dana-Farber Cancer Institute in Boston in 1997. Prior to joining Mount Sinai in 2009, Dr Oh was at the Dana-Farber Cancer Institute and Harvard Medical School for 14 years. He served as clinical director of the Lank Center for Genitourinary Oncology and directed the Gelb Center for Translational Research. He was also the founding chair of the Data and Safety Monitoring Committee for Phase I/II Trials at the Dana-Farber/Harvard Cancer Center.

Dr Oh is an expert in the management of genitourinary (GU) malignancies, including prostate, renal, bladder, and testicular cancers. His research interests include novel biomarkers and therapeutics in advanced prostate cancer. A leading investigator in the use of systemic treatments for prostate cancer, he has served as the principal investigator for multiple clinical trials in prostate and other GU cancers. In addition, he developed large clinical databases and specimen repositories for GU cancers at both Harvard and Mount Sinai, which have enrolled more than 8000 patients with prostate, renal, and bladder cancers over the past decade.

Dr Oh has authored more than 250 original articles, reviews, and book chapters on topics relating to prostate, renal, bladder, and testicular cancers. He has also edited 3 books on prostate cancer. He has served in key invited roles for the American Society of Clinical Oncology, the American Cancer Society, and the American Urological Association, including the Guidelines Committee for Castration-Resistant Prostate Cancer. In addition to reviewing for prominent journals such as The New England Journal of Medicine, the Journal of Clinical Oncology, and Cancer, Dr Oh coedits “Testicular Cancer” for UpToDate and is associate editor of CA: A Cancer Journal for Clinicians. He was inducted into the prestigious American Society for Clinical Investigation and has been repeatedly selected as a Top Doctor in New York Magazine, Castle Connolly, Best Doctors, and Super Doctors. 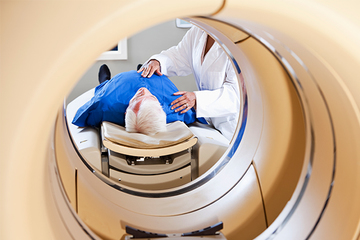 Prostate-specific membrane antigen (PSMA) has emerged as a preeminent prostate cancer target for diagnostic imaging. Additionally, as seen at the 2...READ MORE 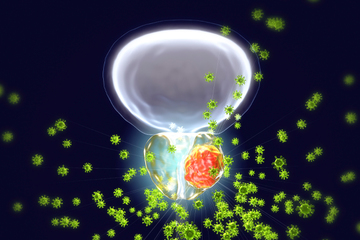 Advancements in imaging and the identification of clinical and genomic risk factors are improving the treatment of patients with high-risk localize...READ MORE 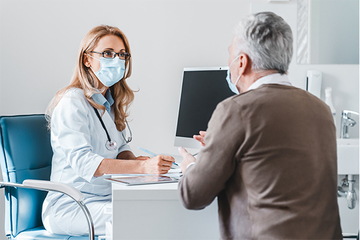 Strategies to sequence and combine therapies for patients with advanced prostate cancer continue to evolve as newer treatments emerge and data from...READ MORE