Impact of Epilepsy on the Daily Life of Children and Adolescents

In addition to being linked to seizure-related injury and mortality, epilepsy is associated with a substantial stigma and quality-of-life burden. Our featured expert illustrates the importance of discussing the effects of epilepsy on everyday life, social interaction, and emotional well-being in pediatric patients with epilepsy.

“We do not want the disease to define the individual.”

As clinicians, we all ask the same basic questions of parents, such as, “Has Johnny had any seizures since his last visit?” and “Is he experiencing any side effects from the medicine?” But those are the easy questions. The real challenge lies in ascertaining how epilepsy is affecting the child’s life on a more global scale. Surveys show that the stigma of epilepsy is higher than that of insulin-dependent diabetes, cancer, or even AIDS in childhood. Moreover, most studies demonstrate that the stigma is no different between youths whose seizures are well controlled and those whose seizures are not. In fact, just the possibility of having a seizure takes a heavy toll. In a study by Baker et al, more than one-third of the children and teenagers participating in the survey reported that they expected their epilepsy to hinder their future, especially with respect to employment opportunities (73%), traveling and exploring (37%), and education (36%). Consequently, assessing how patients are doing in other aspects of their lives is vital (eg, “Does Johnny have friends?”, “Is he doing all of the normal kid stuff?”). Sometimes, you hear about a child who has not had a seizure in 2 years, but their parents are still fearful of letting them attend a friend’s sleepover. If a pediatric patient is having significant issues, obviously, we recommend that they see a counselor, social worker, or someone else they can talk with to help them. We do not want the disease to define the individual. To this end, there are multiple resources available through local chapters of the Epilepsy Foundation. For example, they host summer camps, where those with epilepsy can be with many other children who are just like them, helping them to realize that they are not alone. There are also various meetings and groups available year-round that are aimed at connecting these children with their peers and assisting them to become as independent as possible as they grow older. Ultimately, our goal should be to transition children to take responsibility for their own care as they reach adolescence and young adulthood. For example, we may start by encouraging adolescents to fill their own pill containers for the week, followed by calling in their own refills when they are ready. Eventually, this can lead to direct conversations between the health care provider and the patient rather than between the health care provider and the parent (while the patient just happens to be in the room). Parents are sometimes surprised when their 12- or 13-year-old son or daughter asks an epilepsy-related question for the first time that was not even on their radar (eg, questions related to the fear of death from epilepsy). For the youths who are capable of becoming fully independent, the goal should be to provide the guidance to get them there.

James W. Wheless, BScPharm, MD, FAAP, FACP, FAAN, FAES, is professor and chief of pediatric neurology and the Le Bonheur Chair in Pediatric Neurology at the University of Tennessee Health Science Center in Memphis. He also serves as director of the Neuroscience Institute and the Le Bonheur Comprehensive Epilepsy Program for the Le Bonheur Children’s Hospital. He received his pharmacy and medical degrees from the University of Oklahoma, where he also completed his residency training in pediatrics. He then completed his residency training in pediatric neurology at Northwestern University in Chicago, IL, at the Ann & Robert H. Lurie Children’s Hospital of Chicago (previously known as Children’s Memorial Hospital). His EEG/clinical epilepsy training was completed at the Medical College of Georgia in Augusta. He founded and directed the Texas Comprehensive Epilepsy Program before moving to his current position.

His primary interests include childhood convulsive disorders, and his research is focused on pediatric antiepileptic drug development, the ketogenic diet, epilepsy surgery device therapy, and noninvasive functional brain mapping. Dr Wheless is the author of more than 640 chapters, articles, and abstracts on these subjects, and he is the editor of 4 textbooks on epilepsy. He has lectured widely on topics related to pediatric epilepsy.

Approximately 30% to 40% of patients with epilepsy do not achieve control of their seizures with monotherapy. For these individuals, rational polyt...READ MORE

Recommended Approach to Focal Epilepsy in Children and Adolescents

Our featured expert explores the recommended approaches to the treatment of focal epilepsy in childhood and adolescence, including offering insight...READ MORE 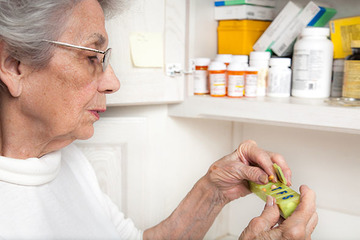 Adherence, Dosing Frequency, and Real-World Care of Patients With Epilepsy

Although nonadherence with antiepileptic therapy is often complex, the most common reason for a missed dose is simply the patient forgetting to tak...READ MORE

Gauging Seizure Risk in the Treatment of Epilepsy

Public Awareness of and Misconceptions About Epilepsy