How are fibrosis and pulmonary vascular disease currently targeted by available treatments, and what types of approaches should be considered in the future?

“A growing emphasis is being placed on the mechanisms of action and the delivery of treatments for pulmonary hypertension. Inhaled therapies, for example, have the potential to enhance the pulmonary vascular benefit with less toxicity and adverse effects as compared with systemic agents.”

Research on pulmonary arterial hypertension (PAH)–targeted therapy in interstitial lung disease (ILD) has been met with mixed/neutral results. I think that we have made progress over the years and that there may be subgroups of patients with ILD-related pulmonary hypertension for which future therapies may have more promise. For example, connective tissue disease–associated ILD (CTD-ILD) is often associated with mild ILD. I would consider this group as likely having pulmonary arterial vasculopathy and I would consider treating those patients with group 1 PAH therapy. Such an approach seems justified, as CTD-PAH often constituted 25% to 30% of the cohort in PAH efficacy studies. Patients with severe pulmonary parenchymal involvement and worse pulmonary function tests remain more challenging. In general, there are 2 subgroups, including one that may have fairly significant ILD and a more profound elevation in right heart pressures and significantly impaired right ventricular function. Patients in that subgroup may be prime candidates for clinical studies to determine whether PAH-type therapies would be beneficial. The hypothesis would be that addressing the pulmonary vascular disease, thereby improving right ventricular function, would result in improved functional status.

A growing emphasis is being placed on the mechanisms of action and the delivery of treatments for pulmonary hypertension. Inhaled therapies, for example, have the potential to enhance the pulmonary vascular benefit with less toxicity and adverse effects as compared with systemic agents. There might be a theoretical concern about giving a systemic medication orally or intravenously since it may affect both scarred and normal areas. This could potentially increase perfusion to scarred areas that theoretically could worsen gas exchange.

“Efficacy data for combination therapy in IPF is likely to emerge from ongoing and future studies, since patients enter these trials either treatment naïve or on an approved antifibrotic.”

After a diagnosis of idiopathic pulmonary fibrosis (IPF), our practice is to consider placing all patients on an antifibrotic. On the one end of the spectrum, there are patients with mild disease and well-preserved lung function. There are good data from studies of nintedanib showing that the rate of lung function deterioration, even in the context of very well-preserved lung function, is exactly the same as in those with lower levels of lung function. This reinforces the argument that the earlier a patient is diagnosed, the earlier treatment can be initiated. On the other end of the spectrum, we have patients with more severe disease in whom we still consider and offer antifibrotic therapy. There are a number of drugs under development for IPF. Efficacy data for combination therapy in IPF is likely to emerge from ongoing and future studies, since patients enter these trials either treatment naïve or on an approved antifibrotic. Indeed, as with many other diseases, the ILDs are ultimately likely to be treated with multiple drugs targeting different aspects, such as immunosuppressants for the inflammatory component and antifibrotics for the fibrosis.

“There is the potential in the PRECISIONS study for identifying less costly therapy that may be effective for a small subgroup of patients.”

Clinical practice is trending toward initiating treatment upon diagnosis of IPF. Nintedanib is being used at our practice to treat patients experiencing decline in lung function without objective evidence of progression. First-line therapy in patients with mixed inflammatory fibrotic lung diseases, such as CTD-ILD and hypersensitivity pneumonitis, remains a significant unknown at this point. There are patients for whom immunosuppression should remain first-line therapy, with antifibrotics considered upon progression. There are patients for whom antifibrotics would be more appropriate first line, such as those with usual interstitial pneumonia. More research is needed to identify the optimal combinations of therapy. 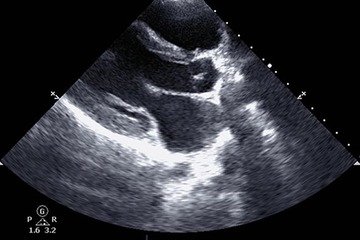 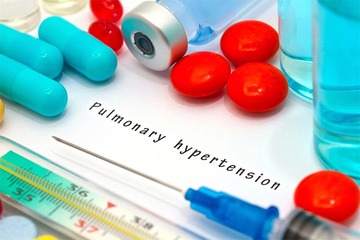 Respiratory Decline in Patients With Combined Pulmonary Fibrosis and Emphysema