The standards that constitute an acceptable response to therapy are increasingly high. Combination therapy is often required to achieve goals in patients with treatment resistance, but there can be a risk of overtreatment.

Q: What does the future hold for patients with treatment-resistant RA?

“I think that the bar is being set increasingly higher and that we are not looking for minimal responses. In general, we aspire to achieve remission.”

The definition of treatment-resistant rheumatoid arthritis (RA) is an important starting point. Most guidelines uphold that methotrexate (MTX) is the initial drug of choice, and it is important that MTX be given an adequate trial at an appropriate dose. MTX should generally be administered for at least 3 to 4 months, and the upward dose limit is in the range of 15 to 25 mg per week. Another important question is: What constitutes an acceptable response to treatment? I think that the bar is being set increasingly higher and that we are not looking for minimal responses. In general, we aspire to achieve remission. And, given that there is such a robust follow-on pipeline, I think that there are temporal trends for the early addition of a biologic in patients who do not have the desired response. Whether the target is low disease activity or remission, that target must be set as part of a shared and informed decision with the patient.

With aggressive therapy, there is also the potential for overtreatment, because up to 1 in 3 patients with RA who have joints that are quiet by tender and swollen joint counts still have residual complaints as reflected in their global response. We are talking about controlling the disease at the molecular and cellular levels within the joint and controlling the impact of the disease for the patient (ie, symptom remission). When we consider cases of true primary treatment failure, where the disease never becomes controlled, it is actually a fairly small population of patients. The remainder of those who fail to respond may have persistent pain, fatigue, and/or early morning stiffness, and that is where refined clinical decision making takes place. Thus, when we are trying to help these patients to feel better, I think that we need to recognize those scenarios in which there are no easy medical solutions for quality-of-life improvements.

“We must differentiate between patients who are experiencing symptoms due to persistent joint inflammation and those whose symptoms are not caused by synovitis.”

I am in complete agreement with Dr Calabrese and would revisit the questions of what treatment-resistant RA actually is and how it is defined. Is it RA with disease activity that persists despite optimization of treatment with currently available agents? Or is it RA in which patients experience symptoms such as pain and stiffness, but not necessarily caused by synovial inflammation? In most clinical trials conducted in RA populations, at least 30% of patients have an inadequate response to MTX. For some, this lack of response may be the result of pain amplification rather than of persistently active synovitis. Thus, we must differentiate between patients who have persistently active disease, despite optimization of all currently available treatments, and those who have a heightened perception of pain that does not respond to antirheumatic drug therapy.

Now, how does one best assess whether there is persistent disease activity in treatment-resistant patients? Do we use an array of biochemical markers, such as in the multi-biomarker disease activity index? Or do we use magnetic resonance imaging or musculoskeletal ultrasound as an imaging marker to look for abrogation of synovitis? Or do we use some other measure? These are also important questions. In general, I agree that one should first optimize treatment with MTX and then add a biological agent, as early as is feasible. But, to achieve effective results, we must differentiate between patients who are experiencing symptoms due to persistent joint inflammation and those whose symptoms are not caused by synovitis.

“I think that most people should be encouraged to go on—and stay on—combination therapy, at least earlier in the course of disease, rather than throw in the towel and give up on MTX, often never to return.”

I think that we have hit on the key questions, and the other thing I might add is that it seems like there may be somewhat of a backlash against combination therapy, given that many patients do not like to be on MTX. But we should not be pushing monotherapy with a biologic, a Janus kinase inhibitor, or anything else until we have a treatment paradigm where we have got at least 80% or more of our patients who are getting into low disease activity, if not remission. Currently, we are not anywhere close to that with biologic or Janus kinase monotherapy, even for patients with early disease. Further, despite many successful therapies for RA, as recently reported by Winthrop and colleagues, it still seems to be the case that less than half of patients with RA are in remission. I think that most people should be encouraged to go on—and stay on—combination therapy, at least earlier in the course of disease, rather than throwing in the towel and giving up on MTX, often never to return. That is, sometimes there is the risk of being too quick to give up on MTX (or other conventional synthetic disease-modifying antirheumatic drugs) when, in fact, such agents could be used in combination therapy. I agree with Dr Calabrese that the bar is being set higher in that we seek remission, but combination therapy may be needed to achieve that goal. By the time that patients with RA have failed 2 or 3 or 4 biologics, almost half of those individuals are no longer on concomitant MTX, and that, frankly, may not be warranted.

Dr Calabrese is a professor of medicine at the Cleveland Clinic Lerner College of Medicine of Case Western Reserve University and vice chair of the Department of Rheumatic and Immunologic Diseases. He is the director of the RJ Fasenmyer Center for Clinical Immunology at the Cleveland Clinic, specializing in diseases of the immune system. He is also the co-director of the Center for Vasculitis Care and Research and holds a joint appointment in the Department of Infectious Diseases.

Dr Calabrese has lectured nationally and internationally on the subjects of clinical immunology, rheumatology, and virology and is the author of more than 400 published peer-reviewed articles, book chapters, and reviews.

Jeffrey R. Curtis, MD, MS, MPH, is a professor of medicine in the Division of Clinical Immunology and Rheumatology at the University of Alabama at Birmingham (UAB). He received his medical degree and master of public health degree from Oregon Health & Sciences University. He subsequently completed a residency in Internal Medicine at Oregon Health & Science University and a fellowship in Rheumatology at UAB. He completed a graduate program in Clinical Informatics at Stanford University and received his master of science degree in Epidemiology at the Harvard T.H. Chan School of Public Health. He is board certified in both Rheumatology and Clinical Informatics.

Dr Curtis holds the Harbert-Ball Endowed Professorship in Rheumatology and Immunology at UAB. His major research emphasis is on evaluating the safety and comparative effectiveness of medications for rheumatic diseases. He also conducts both investigator-initiated and industry-sponsored clinical trials in rheumatoid arthritis (RA) and psoriatic arthritis (PsA), including large pragmatic trials. He is the co-director of the UAB Pharmacoepidemiology and Pharmacoeconomics Research (PEER) Unit. PEER uses multiple large and linked data sources to study comparative effectiveness questions across multiple chronic diseases. These data sources include national administrative data from Medicare and commercial health plans, electronic health records data, and large registries. He was awarded the Henry Kunkel Young Investigator Award by the American College of Rheumatology (ACR) in 2012 and was accepted into the American Society for Clinical Investigation in 2016.

His research interests include the evaluation of the efficacy, comparative effectiveness, and safety of the medications used to treat RA and spondyloarthritis. He served on the Core Expert Panel for the ACR’s 2008, 2012, and 2015 Recommendations for the Use of Nonbiologic and Biologic Disease Modifying Antirheumatic Drugs in RA. He was the deputy director for a collaborative project between the US Food and Drug Administration (FDA), the Agency for Healthcare Research and Quality, and a number of academic centers studying the safety of biologic agents using multiple, pooled national data sources. He is the co-principal investigator of the technology (app)-based, Patient-Centered Outcomes Research Institute–funded Patient Powered Research Network ArthritisPower registry, focused on RA, psoriasis, and PsA. He also leads the multicenter National Institutes of Health–funded large, pragmatic, randomized controlled VERVE trial  examining the safety and effectiveness of the live herpes zoster vaccine in patients receiving biologic agents. He is a member of the Centers for Disease Control and Prevention’s Advisory Committee on Immunization Practices Herpes Zoster Vaccines Work Group. In 2015, he was appointed as a member to the FDA Arthritis Advisory Committee.

Dr Curtis also studies risk factors for and outcomes of osteoporosis. He was a member of the ACR’s task force to update recommendations for the management of glucocorticoid-induced osteoporosis. He served on the American Society for Bone and Mineral Research (ASBMR) Task Force on Atypical Subtrochanteric and Diaphyseal Femoral Fractures.

Dr Curtis is a member of the ACR, the International Society for Pharmacoepidemiology, the American Medical Informatics Association, and the ASBMR. He has been on the editorial boards for Arthritis & Rheumatology, Pharmacoepidemiology & Drug Safety, and Arthritis Care & Research. He has authored more than 450 peer-reviewed manuscripts, review articles, and book chapters.

Jonathan Kay, MD, is professor of medicine and population & quantitative health sciences and holds the Timothy S. and Elaine L. Peterson Chair in Rheumatology at the University of Massachusetts Medical School in Worcester, where he directs clinical research in the Division of Rheumatology. His clinical appointment is as a physician at UMass Memorial Medical Center, also in Worcester. Dr Kay received his medical degree from the University of California, San Francisco, School of Medicine. He then completed an internship and residency at the Hospital of the University of Pennsylvania in Philadelphia and fellowships in rheumatology and immunology at the Brigham and Women’s Hospital and Harvard Medical School in Boston, MA.

Dr Kay’s clinical interests span the spectrum of rheumatic diseases, with special interests in rheumatoid arthritis, spondyloarthropathies, and other forms of inflammatory arthritis. He was a member of the group that developed the 2010 American College of Rheumatology/European League Against Rheumatism Classification Criteria for Rheumatoid Arthritis. He chaired the Rheumatology Working Group and was a member of the Internal Medicine and Musculoskeletal Topic Advisory Groups for the World Health Organization in its revision of the International Classification of Diseases (ICD)-11.

Over the past 3 decades, his clinical research has focused on nephrogenic systemic fibrosis, b22-microglobulin amyloidosis, and other rheumatologic problems of patients with chronic kidney disease. He has been a principal investigator for more than 60 clinical trials of novel therapies for rheumatoid arthritis, axial spondyloarthritis, gout, and osteoarthritis. He has recently become involved in the development of biosimilars to treat rheumatic diseases. Dr Kay lectures internationally and is the author of more than 220 publications and book chapters. 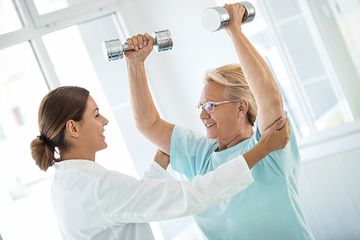 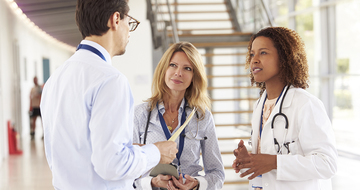 In a Perfect World, Could Targeted Therapy Eliminate the Use of Corticosteroids in Rheumatoid Arthritis?