Patients with chronic insomnia often report feelings of fatigue, difficulty concentrating, and mood and anxiety effects, all of which may impact their level of function during the day. Currently available sleep medications are all linked to at least some next-day effects; however, treating the insomnia can improve the aforementioned functional deficits.

In the medical treatment of insomnia, how are the benefits of improved sleep balanced against the potential for side effects, such as morning sedation?

“We now have newer medications that seem to have lower risk profiles in the areas causing the most concern. Still, all currently available sleep medications are linked to at least some daytime side effects.”

The most prominent short-term consequences of insomnia include feelings of fatigue, difficulties with concentration, and mood and anxiety effects. However, when we perform actual cognitive testing on our patients with insomnia, it is difficult to document changes in cognitive function. It is possible that they will get through the test, but it simply may require more effort on their part. Improving sleep, whether it be through cognitive behavioral therapy for insomnia, medication, or both, can improve almost all of the deficits that have been documented by self-report in patients with insomnia, including fatigue, concentration, mood and anxiety effects, and potentially some of the longer-term sequelae (ie, mood disorders), in which the trajectory may change.

“When trying to identify which scenario is worse—a poor night’s sleep or some degree of morning sedation—it is likely best to think in terms of the patient’s function.”

There is still considerable debate regarding insomnia. Is it a comorbidity? Is it a symptom? Is it a disorder by itself? There are arguments to be made on all sides. It has long been recognized that a significant mismatch exists between the neurophysiology of sleep and the subjective reports of insomnia among patients. It is remarkable that many people with chronic insomnia can still function effectively during the day, whereas most individuals who lose 1 night of sleep (eg, due to an acute event or worry) are very tired the next day. And part of the backlash against insomnia medication, in my view, is a concern that, in the absence of functional problems, people are being overmedicated.

Therefore, when trying to identify which scenario is worse—a poor night’s sleep or some degree of morning sedation—it is likely best to think in terms of the patient’s function. The reality is that if you really do have a sleep abnormality, it can cause functional problems in cognition and daytime alertness. So, there is a need to assess not only the patient’s subjective experience but also the abnormal functional consequences that might be experienced by the patient during the day.

That is not to say that subjective reports can or should be discounted; for instance, many members of the military with posttraumatic stress disorder report the inability to get high-quality sleep. Many of us in psychiatry consider sleep a vital sign. Sleep is one of the barometers that can indicate whether an underlying psychiatric disorder is being treated effectively. However, the best approach to the treatment of the sleep disorder in this population is to treat the psychiatric disorder and have the sleep improve secondarily. Clinicians in psychiatry often use different medications and different doses of medications than are used to treat primary insomnia.

“The links between the basic neurophysiology of sleep/insomnia and functional consequences are still not fully understood, and so, the question of how to best approach the treatment of sleep disorders remains an open one.”

Insomnia, particularly chronic insomnia, can have many adverse consequences due to inadequate or poor-quality sleep. These may include disrupted cognitive function, learning ability, and memory; in addition, chronic insomnia has been implicated in the risk of psychiatric and neurodegenerative disorders as well. Yet, as noted by both Dr Winkelman and Dr Stahl, a significant issue that impacts the treatment of insomnia is the potential mismatch between subjective and objective measurements of the disorder: How much of the basic neurophysiology of sleep and insomnia links to the functional consequences? These links are still not fully understood, and so, the question of how to best approach the treatment of sleep disorders remains an open one. The goal is to address the primary sleep issue, but it is also important to be cognizant of the fact that many of the sleep medications either have long half-lives or can vary in their metabolisms between individuals, leading to persistent effects on certain next-day functioning. Those are the major issues that need to be balanced, particularly for pharmacologic treatment.

Ravi Allada, MD,  is the Edward C. Stuntz Distinguished Professor of Neuroscience and chair of the Department of Neurobiology at Northwestern University. He received his MD from the University of Michigan and completed a residency in clinical pathology at the Brigham and Women’s Hospital. During his training, he was a Howard Hughes Medical Institute–National Institutes of Health (NIH) research scholar and a Howard Hughes Medical Institute physician postdoctoral fellow, the latter with 2017 Nobel Laureate Michael Rosbash, PhD.

The Allada Lab at Northwestern University has discovered molecule “gears” of the core circadian clock, including a link to neurodegenerative disease as well as pathways linking the core clock to daily rhythms of sleep and wake. Dr Allada’s laboratory has also identified molecular processes underlying sleep, including those linked to memory processing. His work extends discoveries in flies to mammals, including the development of diagnostic biomarker signatures for circadian time and examining the effects of jet lag on athletic performance. His work has been funded by the NIH, the Defense Advanced Research Projects Agency, and private foundations, including a Burroughs Wellcome Fund Career Award and a NARSAD Young Investigator Award. He has served as a member of the NIH Sleep Disorders Research Advisory Board and on the Society for Research on Biological Rhythms Board of Directors as Secretary. He is currently a member of the Sleep Research Society Board of Directors.

The author of more than 575 articles and chapters with an H index of 62 and more than 2000 scientific presentations and abstracts, Dr Stahl is an internationally renowned clinician, researcher, and teacher in psychiatry with subspecialty expertise in psychopharmacology. He has written 68 textbooks and edited 14 others, including the best-selling and award-winning textbook Stahl’s Essential Psychopharmacology , now in its fourth edition, and the best-selling and award-winning clinical manual Essential Psychopharmacology Prescriber’s Guide,  now in its sixth edition. Dr Stahl has also published the novel Shell Shock , a thriller that recounts the history of posttraumatic stress disorder.

Lectures, courses, and preceptorships based on his textbooks have taken him to dozens of countries on 6 continents to speak to tens of thousands of physicians, mental health professionals, and students at all levels. His books have sold more than 1 million copies, and his lectures and scientific presentations have been distributed as more than 1 million CD-ROMs, internet educational programs, videotapes, audiotapes, and programmed home study texts for continuing medical education to hundreds of thousands of professionals in many different languages. His courses and award-winning multimedia teaching materials are used by psychopharmacology teachers and students throughout the world.

Dr Stahl serves as a fellow of the American College of Neuropsychopharmacology, the British Association for Psychopharmacology, and the International College of Neuropsychopharmacology, where he was formerly vice president, and he is a Distinguished Life Fellow of the American Psychiatric Association (APA). He also has served on numerous medical and scientific advisory boards for the pharmaceutical industry, the biotechnology and medical information industry, and various nonprofit and public service organizations, including appointment by the State of California and past chair of the Medi-Cal Oversight Board for Medicines (Drug Utilization Review Board).

He has received numerous awards, including the International College of Neuropsychopharmacology Lundbeck Foundation Award in Education for his contributions to postgraduate education in psychiatry and neurology. His books have won the British Medical Association’s Book of the Year Award, and he was recently awarded the 2016 British Medical Association’s First Place Award for his Digital Masterclass in Psychopharmacology accredited by Cambridge University Health Partners and the Department of Psychiatry at the University of Cambridge. His continuing medical education institute, the Neuroscience Education Institute, has been awarded accreditation with commendation, and his medical education company, Arbor Scientia Group, has been awarded the Business of the Year Award from the local chamber of commerce. Dr Stahl is also the winner of the A.E. Bennett Award of the Society of Biological Psychiatry, the APA/San Diego Psychiatric Society Education Award, and the University of California, San Diego, Department of Psychiatry Residency Teaching Award, and he has been cited as one of “America’s Top Psychiatrists” and one of the “Best Doctors in America.” He was honored with the Distinguished Psychiatrist Award from the APA, and he gave the Distinguished Psychiatrist Lecture for 2013. Recently, his alma mater, Northwestern University, honored him by naming their annual award for the best medical student going into psychiatry the “Stephen Stahl Award.” Dr Stahl was named the 2016 David A Mrazek Memorial Award Winner by the APA, and he delivered the Mrazek Lecture at the APA 2016 Annual Meeting. In 2018, he was awarded an honorary doctorate of science by Üsküdar University in Istanbul, Turkey, for his lifetime of achievements in psychiatry. In 2018, Dr Stahl was invited by the Vatican in Rome to cofound a School of Psychopharmacology, Psychopharmacology and Neuroethics at the Vatican’s European University of Rome in Vatican City, to deal with policy issues to lessen the burden of the seriously mentally ill by bringing together leaders in psychiatry under the auspices of Pope Francis, along with world leaders from government and academia.

John W. Winkelman, MD, PhD, is a professor of psychiatry at Harvard Medical School and chief of the Sleep Disorders Clinical Research Program in the Department of Psychiatry at Massachusetts General Hospital. He received his PhD in psychobiology from Harvard University and an MD from Harvard Medical School, and he completed both a residency in psychiatry and a fellowship in sleep medicine at Massachusetts General Hospital.

Dr Winkelman’s research has primarily focused on the following 2 areas: (1) the epidemiology, physiology, cardiovascular consequences, and treatment of restless legs syndrome and (2) the neurobiology and treatment of insomnia. He has directed and lectured in postgraduate medical education courses on sleep disorders nationally and internationally. He is currently the president of the International Restless Legs Syndrome Study Group, and has published more than 150 articles, reviews, and book chapters. 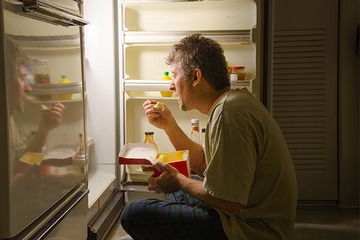 There are a number of pharmacologic options that can be utilized to assist with sleep, which may be a reflection of the fact that sleep is regulate...READ MORE 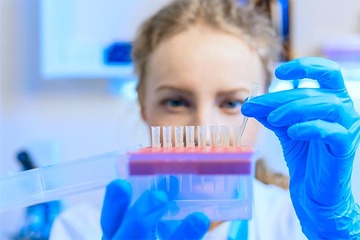 Although true precision therapy remains on the horizon, physicians have many ways to tailor available insomnia treatments to each patient. Our feat...READ MORE 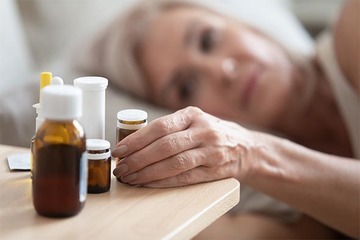 Benzodiazepine receptor agonist (BZRA) deprescribing is recognized as an important yet challenging endeavor, particularly in older patients being t...READ MORE

Calcitonin Gene-Related Peptide in the Pathogenesis of Migraine